Master chief the leader of the phantom X team is very powerful his suit he can survive a drop from space into earth.Destroyed 2 alien colonies destroyed them and their leader has so many weapons he can use knows how to melee attack.He was kidnapped from his parents got injected with alien blood when he was a kid then he was trained so hard with other kids.He is the only one left from that place with other kids.He has this ai in his suit that tells him what to do and not to do.

The prophet a all electric fighter made the spectres weapon for him prophet carries a gun that shoots a electric blast that anyone in the area gets shock and killed.He was with his family but his parents got kidnapped from a group of gangs killed them and then took prophet in trained him to learn how to make electric weapons.Then he made the weapon he has rebelled attacked and killed the whole gang with one shot then he knew he had to fight with his weapons that's how he joined phantom X team. 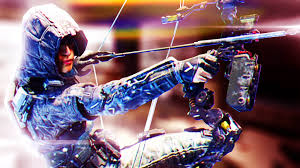 The sparrow she was raised well then she joined the archery was very good at it then a group of people offered a bow that has unlimited arrows that track down the target.It came with a price that she has to leave her parents and siblings for the bow they will protect her parents if not they would kill her parents because she can't be known to have the bow.So she said yes and sent her parents a letter good bye.Now she joined the team to fight with the bow. 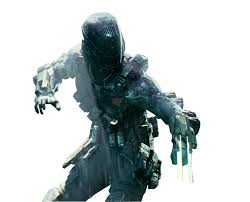 The spectre is a electrical soldier.He uses weapons made by the prophet.He has a sword which can slice anything.He doesn't mess around or even laugh.He takes his orders with no questions follows them no matter the situation.He was taken from his family he knows that but doesnt care at all he just thinks about the mission he does.He has no feelings at all doenst care about the person he has to kill.